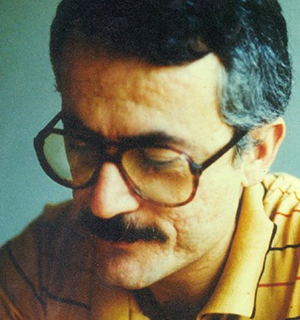 Professor Bülent Kerim Altay, passed away in a traffic accident in Adana-Turkey on 13 November 1989.  Bülent Kerim Altay made contributions in the fields of signal processing, biomedical engineering and telecommunications. Particularly, he contributed significantly on the theory of model reference adaptive systems.

Bülent Kerim Altay was born in Ankara-Turkey in 1952. He received B.S., M.S. and Ph.D. degrees, all in electrical engineering, from the Electrical and Electronics Engineering Department of METU, in 1973, 1977 and 1983, respectively. After receiving the B.S. degree, he joined the EEE Department of METU as a research assistant. He continued his academic career in the same department as an instructor, Asst. Professor and finally as an Associate Professor in the telecommunications field. During his work in METU, he taught various courses on electronics, telecommunications and system identification. Dr. Altay had also worked in several research projects. He studied the mechanism of generation of phonocardiogram sounds from implanted mechanical prosthetic heart valves during a project sponsored by a distinguished medical center in Turkey.

His memory will always be with us.